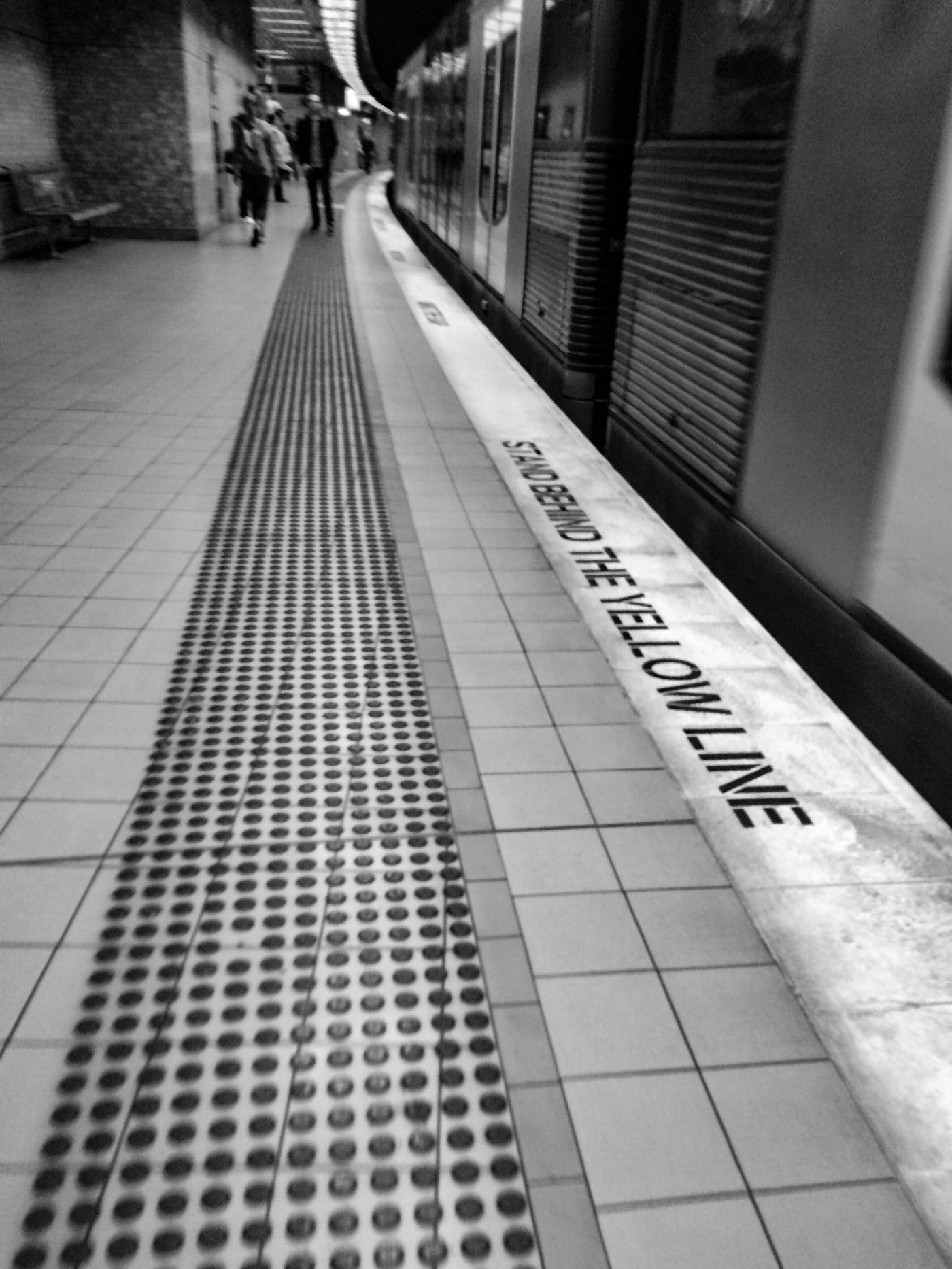 Ryan’s heart sinks when he hears the whistle. He hasn’t even reached the escalators yet, there’s no way he’s going to make it. He’ll never live it down if he’s late and misses the show. But his feet keep moving forward, over and down the metal steps, too hard to stop once momentum kicks in.

His bag bumps against his thigh as he stumbles down the moving steps. He ducks his head, the platform coming into view and stretching out below; relieved to see passengers still trying to get off the train, fighting against the flow of those getting on, a scrummage of panic and determination.

He doesn’t want to jinx it but he might just get there in time. A last surge of passengers builds and then breaks, each going their separate way as a final announcement comes muffled from somewhere above. His eyes bounce between the bottom of the escalators and the nearest door, working out the distance.

Hope starts to seep in as he nears the platform. And then a beeping starts inside the train. Swearing under his breath he jumps down the last two steps. With a firm grip on the handrail keeping him from falling, he uses it to swing himself around, perpetual motion propelling him in his new direction. 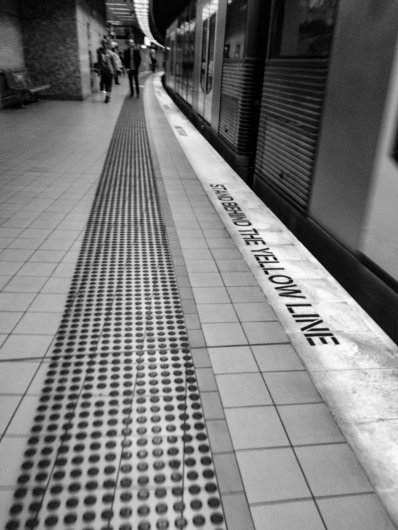 The beeping grows louder. And then fades as the doors start to shut before him, his bounding steps matched by its shuddering slide. He reaches out a hand but pulls it back just as the door closes in front of his nose. Luckily his hand sweeps along the length of his tie, smoothing it down and out of the doorway.

He doesn’t move when the train starts budging itself forward. He watches as grey and yellow panels play leapfrog, his vision blurring and then brightening as the last carriage clears the tunnel, leaving him feeling breathless and carsick. The flickering screen hanging off a pigeon poop covered beam says the next train isn’t for an hour.

‘Shit,’ he said, taking a step back. ‘She’ll never forgive me.’ He stares at the scrolling screen, reading the station names as they appear, following the last name up and out of the screen. He stares at the ceiling as he thinks about his next move.

He turns around, thinking it better if he was at least moving. Air explodes out of his lungs as he collides with a shoulder, twisting him around. ‘Woah, slow your roll buddy.’ The tone wasn’t sarcastic or cruel. Ryan saw a young face, eyebrow raised, a stranger’s concern. Ryan waves an apology, ‘I’m sorry. You okay?’ The kid shakes out a laugh, ‘I’m fine, man. Are you?’ and then walks away.

Ryan was far from fine. He looks at his watch. ‘Shit.’ He doesn’t have long before the show starts. He’ll have to run. He heads for the south exit. His bag bounces as he runs so he steadies it with a palm, wishing he had left it at the office. He swears again when he spots stairs where he swore an escalator used to be, bracing himself and then taking them two at a time.

His legs feel clumsy and heavy as he clears the landing. He has no idea how he’s going to run the whole way but he weaves his way out of the station hall. He rounds the last corner, dances through the crowded exit and bursts onto the street, pulling himself up to a stop. People are everywhere. Ryan picks his path as he moves, sliding between suits and skirts and jumping over heels and gutters.

He cringes as he nears a corner and spots the foldout table, a bright green shirt and a clipboard stretched out towards him. Hands held up in polite refusal, Ryan keeps his pace, ‘Sorry, mate. If I’m late, I’m in big trouble.’ He slows down just enough to turn the corner without wiping out, managing to sidestep a couple walking out of a shop, distracted in deep conversation.

He lets himself catch his breath while he waits for a break in the traffic. He spots the laneway halfway down the street between a Thai restaurant and a two-dollar shop, reassuring himself that once he reaches it, he just has to follow it and he’ll come out onto the street the theatre is on.

A bus pulls up in front of him and he ducks behind it, sticking his head out to check before he sprints across the other lane. He jumps back into the stream of people, weaving his way through them at angle. He reaches the inside edge as the lane appears, and he hesitates for a moment before leaving the crowd behind him. The laneway is a straight shot down the belly of the city, but there’s safety in numbers. Then again, he thinks, if I’m late it won’t matter.

He scans doorways and alcoves as he runs, holding his breath and his bag as he passes bins and boxes. He pauses at every intersection, impatiently waiting for his path to clear so he can sprint across the street. He’s almost out of breath and his footsteps are getting louder. He reaches the last stretch and is halfway along when his toe catches on a crack in the asphalt and he goes tumbling, stopping his fall with a desperate grab at a bin handle. He picks himself up, dusts himself down and keeps going, repeating to himself, ‘Nearly there. Nearly there.’

He bursts from the laneway and hooks a left, keeping an eye out for the theatre’s tiny entrance as he dodges and weaves, cuts through groups and ducks under pointing fingers. He spots a flurry of pink disappearing through a doorway and makes a beeline to follow. He lets out a sigh as he leans his shoulder into the door, gaining control of his breathing as he smiles at a woman standing inside.

He turns around at a familiar squeal. ‘Daddy. You made it.’ A gap-toothed smile and a puff of purple comes racing towards Ryan. He kneels, a tiny hurricane crashing into his chest, a pink paper crown almost poking out his eye. ‘Of course, sweetie. I promised, didn’t I?’ His troubles forgotten as his little girl twirls away, beaming a smile back at him, waving as she follows her teacher and classmates backstage.

Ryan walks over to where his father stands, ‘Thanks for looking after her, Pop.’ His father looks him up and down, ‘What happened to you? You look like hell.’ Ryan just laughs and waves for his father to follow him to their seats.

One thought on “Trains and Tutus”